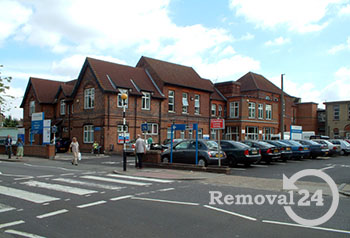 Bromley lies in the southeastern parts of London and is the city’s largest borough (c. 60 square miles). It has a population of over 320.000 and is one of the least densely populated areas of the English capital with a density rate of 5.500 people per square mile. The borough is comprised of 44 districts.

The district of Anerley, SE20 lies in the northeastern parts of the borough at exactly seven miles from the junction of Charing Cross. The area is known throughout the city as it was once the location of the Crystal Palace which was destroyed by fire during the mid-1930s. Anerley, SE20, is connected to the other parts of the British capital by its own railway station. The transportation hub was opened in 1839 and served both the National Rail Network and the London Overground. Numbers show that it provides transportation services to over 750.000 people on a yearly basis.

Bickley, BR3, is a local town which has a population of about 14.000 people. It is one of the borough’s most affluent districts and is renowned for its large and expensive houses. Recent studies show that some of Britain’s richest people live in Bickley, BR3. The area is the location of three well-known green areas: Jubilee Country Park, Whitehall Recreation Ground and Widmore Recreation Ground. It is also home to some of the best schools in the borough. The Bromley High School is perhaps the most acclaimed. It was founded in 1883 and is a girls’ only educational venue which currently provided secondary education to an estimate of 900 pupils from the ages of 4 to 18. 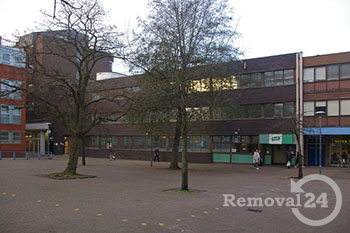 The suburban town of Bromley is the administrative headquarters of the eponymous borough. It has a population of over 70.000 and lies at nine miles from Charing Cross. The church of St. Peter and St. Paul is arguably the most noted structure in the district. Its oldest parts date back to the late 18th century while it newest were constructed during the 1950s. The church had to be almost complete rebuilt as it was severely damaged during the German air raids of World War II. Herbert George Wells is beyond any doubt the most famous person to have lived in the town of Bromley, BR1. Other notable residents are Owen Chadwick, Alex Claire, David Bowie, Gary Rhodes, Aleister Crowley and more.

The district of Bromley Common, BR3, is situated south from the town of Bromley and is home to over 15.000 people. It is described as a calm and peaceful residential area as it lacks any major landmarks which attract both local and foreign visitors. The district is heavily associated with cricket as during the mid-18th century it was used as a venue to host important cricket matches.

Biggin Hill, TN16, is a small town which is situated in the southernmost parts of the Borough of Bromley. Before becoming a London area it was part of the county of Kent. The district is home to the Charles Darwin School which is one of the finest secondary educational facilities in the borough. It is a mixed school which presently provides education to over 1.300 students from the ages of 11 to 18. The town is served by several bus routes while the nearest rail links are located in the neighbouring districts.

The area of Beckenham, SE20 is one of Bromley’s most populous (c. 57.000 inhabitants) and famous districts. Charing Cross is located at approximately eight miles from the area. Kelsey Park which was once part of the renowned Kelsey Estate is undoubtedly Beckenham’s most popular and visited landmark. Only two edifices from the estate have survived the centuries and both of them are recognised as Grade II structures. The area is also home to several high profile schools and well-known church such as:

Aperfield, TN16 is one of the smallest districts in the Borough of Bromley. It lies in close proximity to the above mentioned town of Biggin Hill and is identified as a residential area. The district is served by several bus routes which pass through it on a regular basis. The Aperfield Cedar, one of the Great Trees of London is the main landmark of the area.