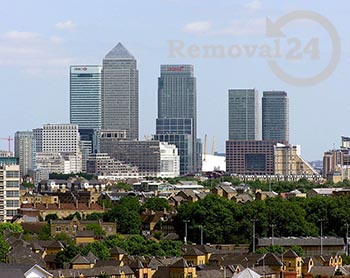 The Borough of Tower Hamlets lies to the east of the City of London in the central parts of the English capital. It was created on the 1st of April, 1965 and covers an area of 7.63 square miles. The borough is home to a population of almost 285.000 people and is one of the most densely populated areas of London.

The district of Bethnal Green is located on the border which separate the Borough of Tower Hamlets from the Borough of Hackney and this is why a small portion of the area is situated in the adjacent borough. It has an estimate population of 28.000 people and is presently one of the city’s most desirable residential districts. The area is home to numerous religious edifices including the church of St. John on Bethnal Green which is regarded by many to be the district’s most important landmark. The church dates back to the first half of the 20th century and was designed by Sir John Soane. Bethnal Green, E2, has one of the largest Muslim communities in London which is why a total of eight mosques are situated in the area. The district is also the location of numerous acclaimed educational institutions including Raine’s Foundation School which is the area’s oldest secondary school as it was established in 1719.

The area of Bromley-by-Bow is also known as Bromley and has a population of approximately 20.000 people. It lies in the eastern parts of Tower Hamlets at about five miles from the junction of Charing Cross. Kingsley Hall is beyond any doubt the most famous site in the area. The venue gained international prominence in the early 1930s when it was visited by Indian pacifists and freedom fighter, Mahatma Gandhi. The hall was severely damaged by fire during the mid-1990s but still remains an active community centre. It also houses the Gandhi Foundation. Bromley-by-Bow, E3, is linked to the other parts of the English capital by its own tube station which was opened in 1858 and currently provides transportation services to over 3.5 million people on a yearly basis.

Cambridge Heath, E9, is an inner city district which is located in the Boroughs of Tower Hamlet and Hackney. The area isn’t home to any major landmarks and touristic sites which is why it is often described by Londoners as a quiet and peaceful neighbourhood in the otherwise lively heart of London. Cambridge Heath is served by its own railway station which sits on the Enfield and Cheshunt Line from the London Overground Network. The latest numbers show that it is used by over 400.000 passengers annually.

The area of Blackwall lies in the eastern parts of the borough and has a population of about 20.000 people. The district is home to one of the oldest rowing clubs in the United Kingdom, the Blackwall and District Rowing Club which dates back to 1845. The Blackwall Tunnel is perhaps the area’s most notable structure. It western bore was constructed during the late 19th century while its eastern bore was built during the 1960s. Both bores are over one kilometre long and have a speed limit of 30 mph. Unlike the above mentioned districts, Blackwall, E14, isn’t served by its own railway or tube station. The nearest rail links are located in the neighbouring areas.

Bow, E20, is a mostly residential districts which lies at about five miles from Charing Cross. It is home to almost 30.000 people and was the subject of a major regeneration project during the years prior of the 2012 London Summer Olympic Games. St. Mary’s Church is one of the area’s most popular buildings. It oldest parts date back to the early 14th century while its tower was constructed during the 15th century. The top of the tower had be rebuilt after World War II as it was damaged by the German air raids. Bow is home to several well-known primary and secondary schools.

Canary Wharf, E14, is certainly the most famous district in the Borough of Tower Hamlets. It is one of the two major financial centres of the United Kingdom and is home to a population of over 70.000 people. The area is the location of some of Europe’s tallest buildings such as:

Canary Wharf is linked to the other parts of the city by its own tube station which is one of the busiest in Britain as it is used by almost 55 million passengers annually.