The Borough Lewisham was formed in 1965, and today it is situated in south-east London, England. It is a part of Inner London with the local authority of Lewisham London Borough Council. Lewisham is the main settlement of the borough and it has population over 270 thousand. An interesting fact about this borough is that the Prime Meridian passes through it. The Borough Lewisham borders with the Royal Borough of Greenwich, the London Borough of Southwark and the London Borough of Bromley. The borough is famous for the Millwall Football Club, professional association football club, founded in 1885. While in this beautiful borough, one can visit famous landmarks, including the Horniman Museum in Forest Hill, All Saints Church located in Blackheath, the Citibank Tower, Lewisham, and other. The borough is divided into 18 wards.

The origins of this interwar municipal estate come from the 10th century. The name Bellingham means the water-meadow owned by Beora’s people. Bellingham SE6 is a ward within the London Borough of Lewisham, and it is located in the south east London. It is previously mentioned that the Prime Meridian passes through the Borough Lewisham, and it passes to the east of Bellingham. It is bordered by Sydenham, Catford, and Downham. The estate is a localised town centre where you can find many houses and many shops along the Randlesdown Road. Randlesdown Road is a busy street where you can find a number of local stores, supermarkets, pub, dry cleaner and other. With its strong local identity, Bellingham also has parks, including Forester Memorial Park and Beckenham Place Park. A beautiful river Ravensbourne runs through the ward. Bellingham railway station, opened in 1892, serves the area and Thameslink operates the station and all the trains.

Blackheath, situated east of the town of Lewisham, lays in the south-east London. The district is known for the spacious green areas, local traditional pubs and its “village” looks. The name Blackheath means the “dark heathland/soil” and it was first mentioned in 1166. There is a myth that the district was linked to the Black Death or Plague in the 14th century. It is also believed that the place was used as a burial pit, to dispose of the dead people during the Black Death.

The district is a true village in the heart of London. As mentioned above, it has huge green spaces, as well as grasslands and ponds, including Mounts pond, Hare and Billet pond, and the Prince of Wales pond. The ponds had a tremendous historical value as they used to serve as watering holes for animals.

Since the Romans first built the Watling Street, a London to Dover road, Blackheath’s strategic importance was recognized. It then became a place for different gatherings, military exercises and meetings, sports, religious festivals, fairs and other activities. It was also a place where Lord Mayors of London used to meet monarchs and other distinguished guests.

Brockley SE4, is a town centre in the London Borough of Lewisham, that is situated in the south London. The population in the town centre is vibrant and young, enjoying art spaces, gift shop, small businesses, restaurants and other interesting places. The name Brockley comes from an English word Broc, which means a badger. The industrial development of the district began in 1809 with the development of railway. In the 19th century, the place turned from agricultural to urban, to some point. The Wickham and Tyrwhitt-Drake families started to build terraces, villas and houses that still exist today, giving the place a unique and sentimental look. 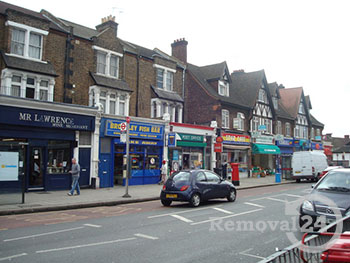 There are three major churches in Brockley: Church of St Margaret, St. James’ Church and St. Mildred’s Church. Attractive open spaces are Brockley’s major landmarks. Hilly Fields, Brockley and Ladywell Cemeteries, and Blythe Hill are the parks that every visitor must see when in Brockley. Additionally, Lewisham Library is a public library in Brockley that should be mentioned. It has a range of fiction texts, reference section, video material, local history collection and other interesting reading material.

Did you know that the author and original screenwriter of King Kong, Edgar Wallace, was a notable resident of Brockley?