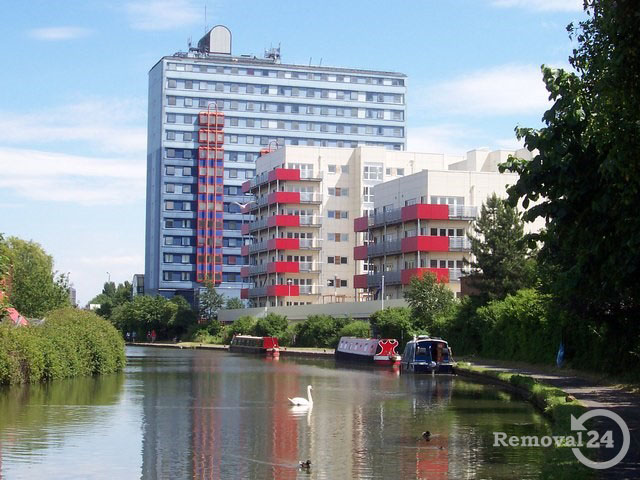 Located to the northwest of Central London, the Borough of Brent is an area of exceptional importance for the capital. Home to Wembley Stadium – the largest open air sports venue in the country and the home ground to the English national team, Brent covers territory of 43.24 square kilometres, and has population of 328 300. There are several pretty nice areas here that you can relocate your business to should you decide to move your company’s workplace to Brent. Here they are.

The district on the Grand Union Canal

The first area we would like to bring your attention to is Alperton HA0. Located near Wembley, it is 7.6 miles away from Charing Cross. You definitely have seen the area even if you have never been to Brent, because the section where the Grand Union Canal runs through it is often used as a shooting location for EastEnders, the popular soap opera. There are over 14 000 people living in Alperton at the present moment. Some of the more notable names that are related to the area of Alperton include Keith Moon from The Who, author John Roycroft, former footballer Gary Waddock, and another footballer Joe Wiggins.

One of the main benefits of the district is that it is very well connected through public transportation to all parts of Central and Greater London. The nearest railway and tube stations to the area are:

The whole borough has the reputation of being pretty multi-ethnic and diverse. If your business is aimed at some of the many minority groups and communities that populate the territory of present day London, then Brent Park would be the ideal place for you. A major feature of the area is the A406 North Circular Road, which runs through the heart of the district and makes it a very important transport route through West and North London.

Another very important landmark that is part of Brent Park is the BAPS Shri Swaminarayan Mandir, or as it is usually referred to, Neasden Temple. It used to be the largest Hindu temple outside of India when it was originally opened in 1995. The temple is a holder of a number of awards, including Seven wonders of London, The Eventful 20th Century – 70 Wonders of the Modern World and the Royal Commission on the Historical Monuments of England.

When it comes to relocating your business to the district we are discussing here, you are in a rather advantageous position. Finding a quality office removal service in Brent Park is very easy, and your business transition will go smoothly and well.

…and if you want to be close to Central London 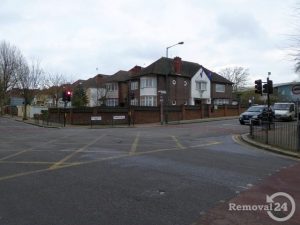 Hiring a professional office removal service in Brondesbury might be the best thing to do for your business if you want to do your work from a place that is both very close to the City and other central financial districts, while still staying out of the perimeter of the really expensive and competitive districts.

Brondesbury is traditionally described as an affluent suburb that benefits greatly from the fact that it is located next to the eastern border of the borough of Brent. It is very close to Camden and 4 miles away from Charing Cross. Just like many modern day districts in Greater London today, up until the Victorian Age Brondesbury was more or less rural in character. The arrival of the railway changed things. Brondesbury Station and Brondesbury Park Station are the two main transport hubs here. The former was opened in 1860, while the latter was added a little later – in 1908. Both stations service well over a million passengers on an annual basis. One last thing to point out is that even though Brondesbury is predominantly residential in character, more and more new businesses open here, so don’t miss your chance to hoop on the trend.