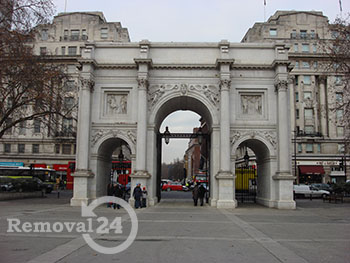 London is one of the faster growing cities in Europe. It is also a very popular tourist destination, which is logical, bearing in mind its long history and cultural background.

People come to visit London for, among many other reasons, its:

Here we are going to discuss some of the lesser known historical buildings that deserve the attention of visitors to the central London areas. Everybody knows and has heard about Westminster Abbey, Buckingham Palace and Big Ben, but the historical heart of our nation’s capital has so much more to offer. Make sure to check out those places next time you find yourself in the City and the surrounding areas. 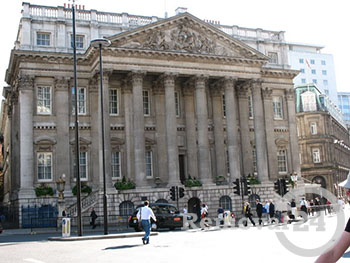 The Mansion House is one of the most important administrative buildings in London and has been such for centuries. It is the official residence of the Lord Mayor of London and contains some of the significant offices that are related to the administration of the capital. It is also used as a venue for the annual dinner which is traditionally hosted by the Mayor, the same at which the Chancellor of Exchequer gives his important Mansion House Speech about the state of the country’s economy. The building of the Mansion House was a huge undertaking which lasted from 1739 until 1752. It was designed in the then-fashionable Palladian Style by none other but one of the most famous architects of his age, George Dance the Elder. Public access is possible after booking with the diary office, and are usually held on Tuesdays. If you opt to go on one of those tours, you will have the opportunity to see The Harold Samuel Collection of Dutch and Flemish Seventeenth Century Paintings, celebrated as being the finest collection of Flemish Art in Britain at the current moment.

The embassy of Portugal

Now, it is more than evident that unless you are a citizen of Portugal, you cannot go into the embassy, which is officially considered to be part of the territory of this country, but it is not said that you cannot marvel at the beauty of this mid-19th century stucco house from the street. The address of the embassy of Portugal 1-11 Belgravia Square in Belgravia, Westminster. The building today holds a Grade I listing. The design was work of the famed Victorian architect George Basevi, a pupil of no other but Sir John Sloan, and architect of Fitzwilliam Museum, Balliol College, Oxford and many others. Just across the embassy is located the statue of the famous Portuguese British Prince Henry The Navigator, whose mother Philippa of Lancaster was English by origin. A visit to the Embassy of Portugal in Westminster can be a single trip or just one leg of a longer walking tour in Central London with the purpose of exploring the architectural beauty of the region. Belgravia, let’s not forget, is one of the most upscale areas of the capital.

London Business School is one of the most famous colleges in the capital, but its building has a Grade I listing in its own right. The campus is located in Marylebone within Regent’s Park, which is considered to be among the finest open green spaces on the territory of Central London at the present moment. The main building, which is of particular interest to architecture lovers, follows the design of John Nash, who was responsible for the construction of the whole Regent’s Park in the 1820s. Originally the main building of the London Business School was built as 26 separate terraced houses overlooking the park. Corinthian columns adorn the façade of the building. Notable alumni of the London Business School who have made it big in the fields of private business, politics and finance include the CEO of G4S Ashley Almanza, Former Prime Minister of Mongolia, Member of Parliament of Mongolia, and General Secretary of the Mongolian People’s Party Sükhbaataryn Batbold, the founder of the Anson Group Moez Kassam, CEO of Landmark Group Paul Onwuanibe, NASA astronaut Timothy Kopra and the 2014 Nobel Prize in Economics recipient Jean Tirole, among great many others.

Located in the district of Wapping, right on the London Docks, St Peter’s is one of the most beautiful cathedrals in London, and one that is often overlooked by tourists. It is an Anglican church designed by prominent church architect  F. H. Pownall. The notable thing about St Peter’s is the very long period in which it was built in – between 1865 and 1939. At the time that the church began being constructed, Wapping was one of the poorest places in London, with lines of brothels and pubs along the docks. The majority of the population consisted of prostitutes, former sailors and criminals. Coincidentally, the district had a change in fortunes around the time the construction of the church in question began. St Peters might not be the flashiest or largest Anglican cathedral in the capital, but its architectural merits are deemed enough for it to be awarded a Grade I listing.

While going to Buckingham Palace, you might miss this Grade I listed structure very easily. The arch was designed by John Nash in order to serve as a ceremonial entrance  to the cour d’honneur of Buckingham Palace. Historically only the members of the Royal Family had the right to go through the arch, but today you also have the chance to feel what it is like – the tradition is followed only during official ceremonies. Today the Marble Arch is located on a big traffic island and many consider it to be rather hard to access, not to mention relatively dangerous. That is why there have been propositions for it to be moved to the nearby Hyde Park where visitors and tourists might have an easier access to it. Those plans are yet to come to fruition though, thus the Marble Arch is still in its original position.