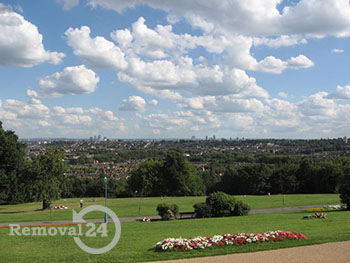 The property and rent prices in the capital are pretty steep in the past decade, so many people think hard and long before deciding where exactly to settle down in. The reasons why a person would chose a certain district or borough of London to make their home in are many, including:

There are a lot of other pretty relevant factors as well. There is one thing certain however and that is when you are planning your home removal in London, it is always better to concentrate your search for a home to buy and rent in North London. Ever since the creation of the London Metropolitan area North London has been known as the better place in the capital to live in. Let’s see why this has come to be more than just a statement and a matter of opinion, but rather a proven and unshakable fact.

When examining socio-economical issues, including why certain parts of a certain city provide better living conditions than others, one has always to look into the history of the place in question if they want to get the full picture. 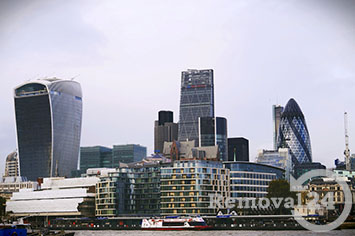 London was established as a Roman military camp in the first century AD. The location of the camp was what was to become The City in future centuries to come. The prime reason why the Romans chose precisely this place, and not something else, was of course the River Thames. The camp was built on the North Bank, and ever since every development of the City and the surrounding areas was concentrated on the North Bank. Much later the first suburbs, as well as the first industrial estates were built in North London. Actually, South London became a geographical reality much later in the history of the capital – in the end of the 18th and the 19th century and even then the territories to the South of the Thames remained predominantly rural in character. They were either clusters of hamlets and small villages that were in no way associated with the metropolis, or large country estates where the aristocracy and rich businessmen built their villas and vacation homes in order to escape the stress and hassle of the big city. In actuality, south London became a proper part of Greater London in the 20th century, which helps a lot in explaining why even today it is not associated with the good residential and commercial areas of the capital – it is simply still too young for that.

The railway arrived in London in the middle of the 19th century. As you may already very well know, it was in the 1830s when the Manchester to Liverpool line was opened and then the first stations in and around London were built. Then came the Tube in the 1850s and 1860s. It was all in North London at first. Actually, many specialists are going to tell you that nothing stimulated the urban development and the emergence of the modern city than the rail, because new districts, towns and suburbs developed around the stations. When you start reading about certain areas in London today, you will notice that before the railway, most of them either did not exist, or were just small and rather insignificant hamlets. After the railway, they became major market towns and residential areas. As we have already said, most of these developments were isolated to the north of the Thames. Even today most of the London Tube Network is limited here.

Gentrification is both exciting and causing quite a bit of problems in recent years all over London. Many consider it to be behind the rapid raise in property prices in the capital, one that does not match the economic growth exactly. The good news for North London is that the gentrification process here is already completed to a large extent. The most affluent districts in North London have been such for centuries now, which means that they are very well developed. The community spirit, according to recent studies, is much stronger in neighborhoods that are geographically part of North London, very much so in comparison with counterparts to the south of the Thames. It can be said that the spirit of old London lives and thrives here much better than anywhere else.

Having a nice open green space near your home is always a plus. London is known as being the greenest capital in Europe. The stats show that over a quarter of the total territory of Greater London is covered by public parks, gardens, commons and nature reserves, and it would not be an exaggeration of any kind to say that the best among them are to be found in North London. It would be a pretty hard task to gather a list of all open green spaces here, but some of the best among them include:

All those places offer great opportunities and resources for sports and recreational activities so you and your kids have something fun to do when you go out. At the same time, when public parks were built in the past, they tended to be surrounded by comfortable residential buildings, traditionally semi-detached, terraced low-raise ones. Most of them were family homes that are now converted into flat buildings suitable for multiple occupants. If you are able to find and afford buying/renting a flat in such a place, you will be very much in luck, because you are going to have the wonderful opportunity to live in the best place possible – offer you peace and comfort without actually tramping your opportunities to  have access to the heart of the capital where traditionally all the excitement is to be found.